Created by a company centred in collaborative watchmaking manufacturing – serving prestigious, world-renown watchmakers in the decoration and electroplating of their tiny parts – GRECO Genève timepieces are the fruit of inner passion crowned by mastery of skill. These are contemporary and free-spirited watches, radiating innovative audacity and built with technical expertise stemming from their creator’s 25 years of experience in fine Swiss watchmaking.

Young at heart, occasionally off-the-wall, a proponent of originality…

GRECO Genève watches – created and presented with ultimate care and imagination, play in a playground where « Swiss made » takes on new meaning, where difference is valued, where Surprise is the unexpected visitor, and where the most respected guardian is pure Swiss watchmaking tradition and its intimate partnership with mechanical truths. 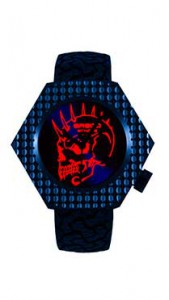 The Hexagonal Nut-design watch, with its open-ended wrench hands, is the archetypal expression in a catalogue with infinite variations on a theme, from the finishing details to the materials used. This collection, christened Les Temps Modernes, is an integral part of the GRECO Genève concept and already comprises two editions.
The nut’s original identity as a basic, robust element in all construction has been transmuted to an elegant twenty-first century timepiece, and in so doing GRECO Genève has offered it new visibility and style teeming with allusions to viril mechanical sports. Nothing could be more pertinent – the creater of Les Temps Moderns collection, Stéphane Greco, is an avid fan of powerful supercars and the rush of adrenelin they are guaranteed to induce. 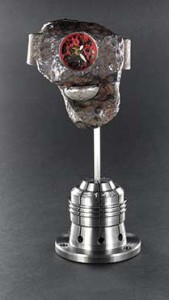 The Asteroid watch, or the story of GRECO Geneve’s transgression of the rules of the game.

He just can’t help it – creator Stéphane GRECO once again upsets the apple cart of Swiss watchmaking in matters of design and technology. Thanks to his high-precision savoir-faire and his extraordinary imagination, he has created an alliance of venerable and futuristic materials that will be presented at the 2015 Baselworld salon. It is one-of-a-kind and absolutely unique: the Asteroid timepiece.

An almost esoteric conception as much for its futuristic design as for the challenge created by its assembly, the meteorite watch represents an antinomy, or even two: how is it possible to incarnate the past, present and future into a single body? how to place Time into one defined space, with only functionality and matter as means? Stéphane GRECO has won his bet: time is neither a substance nor a thing, but a form of human knowledge. At GRECO Geneve, it takes the form of a meteorite.