In 1946, Charles Von Büren, a manufacturer of watchcases for other brands, together with his wife established the company C. von Büren SA in 1946.

Charles also had a passion for scuba diving. In 1959, after testing the reliability of the watches himself on countless occasions, Charles registered the Squale trademark and thus began Squale’s story. He was a true pioneer in the then virtually unexplored field of professional diving watches. Squale watches immediately became iconic and established themselves in the world of diving as professional, safe, reliable and durable instruments capable of calculating compensation and immersion times.

Squale is one of the few companies in the watchmaking sector that remains a family-owned business. After 60 years and the retirement of Charles Von Buren, the Squale tradition is continued by the Maggi family, close family friends and long time business partners, with the objective of growing the brand internationally and keeping the adventurous and pioneering spirit of its founder alive.

Over the decades, the quality and reliability of its watches allowed Squale to partner and work with numerous professionals from different environments.

Things haven’t changed today. Squale is proud to contribute to help many people that put their effort in activities related to the sea. of Lords Of The Ocean (French Environmental group active in seaside protection) and Vincenzo Ferri (Italian Record Breaker).

At the same time, Squale is official supplier of special forces such as the Italian State Police Diving Unit (2016) and it collaborates with companies that work in the sea environment too such as the Drass Galeazzi (leader company in subsea technology for the Defence, commercial diving and medical industries, 2021) 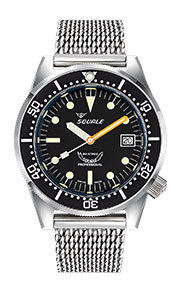 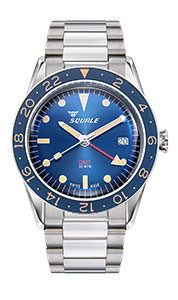